Growing up in New Jersey, I didn’t exactly excel in school so I didn’t make college a priority upon graduating. I started waiting tables and bartending, but ultimately knew I wanted to do something more with my life. I decided to join the Air Force as an A-10 plane mechanic. After completing my four year enlistment, I decided to reenlist for another six years. A year into my second enlistment, I started experiencing seizures while deployed in Kuwait. I ended up waking up in a Kuwaiti hospital before being medically evacuated to Landstuhl and eventually Walter Reed in DC. There was a brain tumor rooted into my brain that required surgery, and although it’s common practice now, I was one of the first five people to go through a brain surgery partially awake. I had a massive amount of anxiety going through that surgery and left that experience with a lot of continued anxiety as a result. I had a hard time sleeping, laying down, and remembering things. I had a lot of short term memory loss and went from being very independent to not being able to remember simple things like my address. The biggest problem I encountered after going through the brain surgery was my inability to sleep. I was scared to sleep because I had this need to control everything. It reminded me of being on the operating table and no longer being in control. I couldn’t sleep for two years because of this anxiety so out of desperation, I finally went to see this woman who did EMDR therapy. I had never heard of it before, but after seeing her three different times, I actually stopped waking up in a panic attack thinking I was back on the table. That was really my first introduction into anything to do with mental health, and looking back, I realized that was the tipping point to drive me toward what I’m doing today.

After getting medically retired and taking some time to recover, I actually ended up going back to school and working at that same hospital as a civilian. It was ironic working as a therapist at the TBI and PTSD clinic at Walter Reed years later. The brain surgeon who operated on me became the Chief of Neurology while I was there. I ended up leaving the Department of Defense and starting my own practice. That’s when Headstrong reached out as they were entering the DC market. My ultimate goal was to work with veterans, so when Headstrong came in they were able to fill a massive need in the area. I think I’m able to identify with veterans so well because of the military culture. Regardless of branch of service, you feel a part of something much larger than yourself. It’s almost the aspect of having your own tribe or second family. That aspect is very influential on people and one of the reasons I feel so attached to helping veterans get better. When a veteran comes to see me, I try to identify the underlying issue, stabilize it, and then move forward. It’s a very good match for me to work with veterans because that approach and tactic work really well together, especially with people who tend to be so mission focused and intent on getting better. The most rewarding part of working with veterans is when they’ve worked through the depths of that pain and develop their own coping skills. It’s that transition down in frequency that lets me know I was able to make a difference. 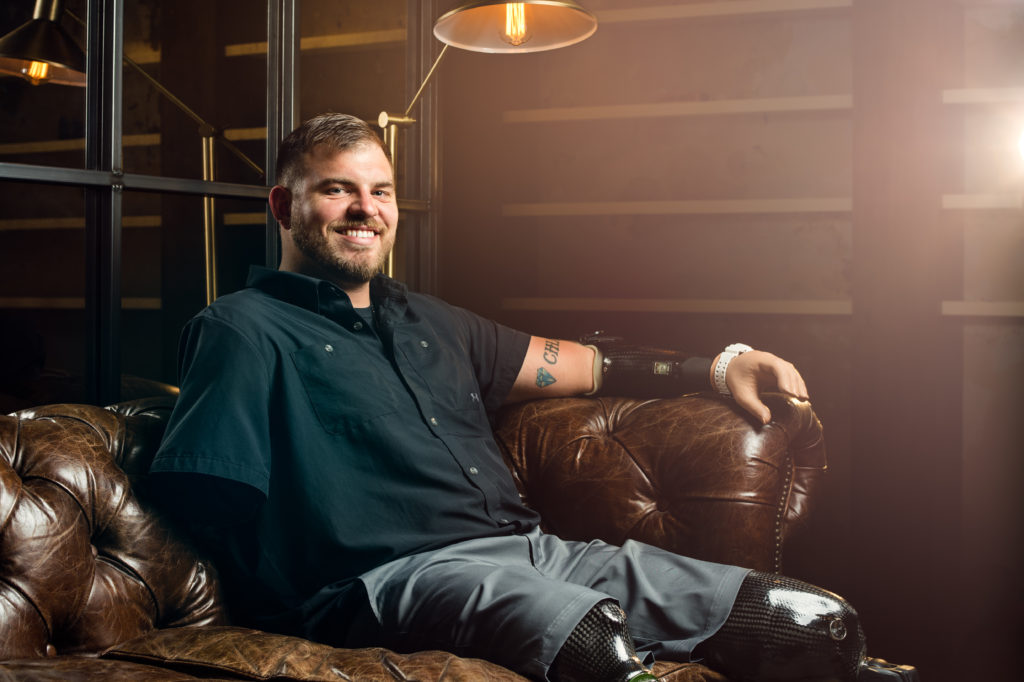